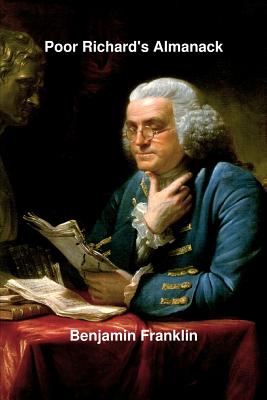 By Benjamin Franklin
$24.15
Email or call for price.

Benjamin Franklin of Philadelphia first published Poor Richard's Almanack. The book, filled with proverbs preaching industry and prudence, was published continuously for 25 years and was one of the most popular publications in colonial America.

Franklin was born in Boston in 1706 and was apprenticed to his brother, a printer, at age 12. In 1729, Franklin became the official printer of currency for the colony of Pennsylvania. He began publishing Poor Richard's, as well as the Pennsylvania Gazette, one of the colonies' first and best newspapers. By 1748, Franklin had become more interested in inventions and science than publishing. He spent time in London representing Pennsylvania in its dispute with England and later spent time in France. He returned to America in March 1775, with war on the horizon. He served on the Second Continental Congress and helped draft the Declaration of Independence. He was also instrumental in persuading the French to lend military assistance to the colonies. He died in Philadelphia in 1790.