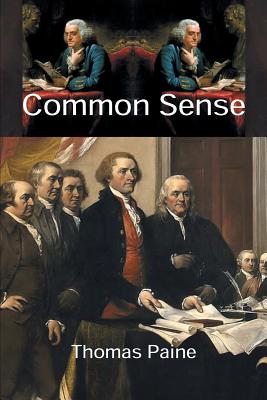 "Paine was the first to advise the Americans to assert their independence," says Richard Car- lile in his Life of Paine. "This he did in his fam- ous pamphlet, entitled Common Sense, which, for its consequences and rapid effect, was the most important production that ever issued from the . This pamphlet appeared at the commence- ment of the year 1776, and electrified the minds of the oppressed Americans. They had not ventured to harbor the idea of independence, and they dreaded war so much as to be anxious for reconciliation with Britain. One incident which gave a stimulus to the pamphlet Common Sense was, that it happened to appear on the very day that the King of England's speech reached the United States, in which the Americans were deunced as rebels and traitors, and in which speech it was asserted to be the right of the legislature of England to bind the Colonies in all cases whatsoever Such menace and assertion as this could not fail to kindle the ire of the Americanos, and Common Sense came forward to touch their feelings with the spirit of independence in the very nick of time."