The Case For Biafra Restoration (Paperback) 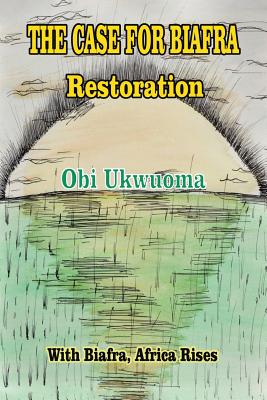 The massacre of Igbos/Biafrans across the Northern Nigeria started way back in 1945 in Jos, where more than 150 Igbos/Biafrans were brutally slaughtered for no reason. That is about thirty-one years after the fraudulent amalgamation of Islamic north and Christian south by the British. Prior to the Civil War in 1966 pogrom, over sixty thousand civilians were brutally murdered because they were Igbos/Biafrans and Christians living in the north. "One by one, the Igbo people who were sheltered in the Emir's Palace were dragged out with hands and feet tied. An unsharpened knife was used on purpose in cutting the neck to ensure a slow and painful death. Goats do not receive such wicked treatment during slaughter; neither does a chicken. Tired and in pain, the victim gave up the ghost while asking for water in Igbo language: 'Nye m Mmiri, ' literally expressing 'Give me water.' Families watched as they each gave up the ghost. Since then, the Hausa-Fulani people have adulterated the expression into 'nyamiri' as a form of mockery to the Igbos."

The Indigenous People of Biafra (IPOB) are the remnants of people that survived the genocide of 1967-70, where more than 3.5 million Biafrans were brutally slaughtered by the Nigerian State. These remnants of Biafran people have not only resided in every nook and corner of the said Nigeria but also have scattered all over the planet earth in quest for green pasture. Those who understand the true meaning of freedom fighting know that IPOB is here to get Biafra and nothing more. Those who read history know that every successful freedom fighting have always started from outside. The method, strategy, and mode of its execution have never been seen anywhere on this planet earth, and that is why Biafra is going to be restored. Buhari remains the last standing samurai/pharaoh of the uneducated northern oligarchy with the boldness to attempt to implement the Hausa-Fulani Islamic agenda to the shores of Atlantic Ocean, but he must fail. The leader of Indigenous People of Biafra, Nnamdi Kanu, has always said, "They would kill us, we will kill them, and then Biafra will come."