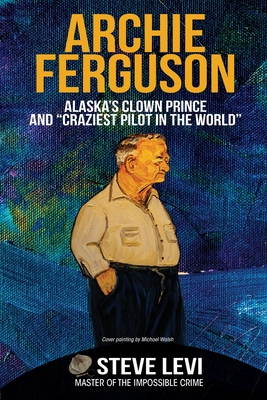 Archie Ferguson is the last of the original fly-by-the-seat-of-your-pants Alaska bush pilots to be the subject of a biography. Dubbed "Alaska's Clown Prince," he added many hilarious chapters to Alaska's history. He is also the originator of the "Arctic Bump," current practice of airline pilots who give a blast of power as they fly over the Arctic Circle to provide gullible tourists the impression that the air north of the Arctic Circle is different than air south of the Arctic Circle. His title, "the Craziest Pilot in the World, was given to him by The Saturday Evening Post in its December 1945 issue. Ferguson, who died in 1967, was an excellent example of the colorful character/con men who made Alaska what it is today.