Canceled Science: What Some Atheists Don't Want You to See (Paperback) 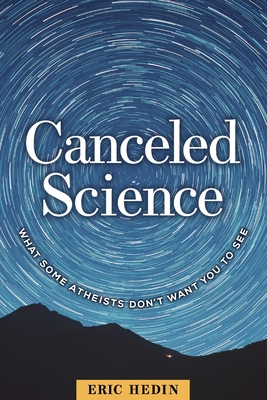 Eric Hedin was enjoying a productive career as a physics professor at Ball State University when the letter from a militant atheist arrived and all hell broke loose. The conflict spilled first onto the pages of the local newspaper, and then into the national news. The atheist attack included threats from the Freedom from Religion Foundation, which targeted Hedin after learning his Boundaries of Science course exposed students to an evidence-based case for design and purpose in cosmology, physics, and biochemistry. Canceled Science tells the dramatic story of the atheist campaign to cancel Hedin's course, reveals the evidence the atheists tried to bury, and explores discoveries that have revolutionized our understanding of the nature and origin of matter, space, and even time itself.