Firepower: A History of the American Heavy Tank (Paperback) 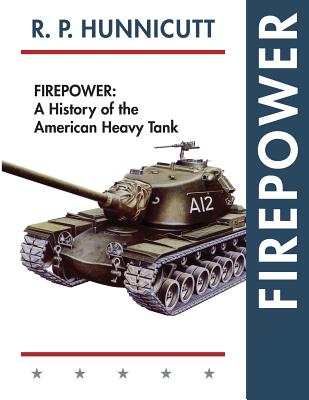 By R. P. Hunnicutt
Email or call for price.

This edition does not feature the World of Tanks bonus and invitation codes. Purchase ISBN 9781635619713 instead.

Featuring hundreds of photos from the national archives, diagrams, and detailed specifications, Hunnicutt's Firepower remains the definitive developmental history of the heavy tank for the military historian, professional soldier, and tank restorer.
This ambitious entry in R.P. Hunnicutt's 10-volume compendium of American tank history details the development of the heavy tanks from its initial conception in World War I to its final development in the 1960s. First developed after WWI, various iterations of the heavy armored military vehicle have served as a crucial component of American military operations in all manner of engagements.
Hunnicutt spares no detail as he examines the origins and deployment of the Mark VIII and TI and M6 in the 1930s and 1940s. First conceived as a vehicle to be used for infantry support, by the end of WWI, the heavy tank had evolved into the modern concept with a powerful turret mounted antitank gun protected by heavy armor--a fighting machine in its own right.
Hunnicutt provides detailed technical information about these vehicles and their role in the U.S. Army and Marines. The M103A product-improved descendant of the T43 tanks and its many variations is also treated with exacting detail by Hunnicutt, who takes us through the numerous and important variations on the heavy tank design.
Spanning the history of America's most widely used main battle tank, Hunnicutt's Firepower is an absolute must-have for anyone interested in the history of the American military.