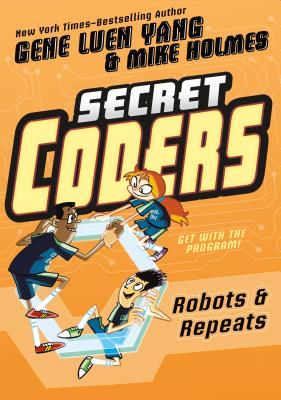 This is book number 4 in the Secret Coders series.

Dr. One-Zero has added a new class to Stately Academy's curriculum. But in "Advanced Chemistry," they only teach one lesson: how to make Green Pop! While their classmates are manufacturing this dangerous soda, the Coders uncover a clue that may lead them to Hopper's missing dad. Is it time to use Professor Bee's most powerful weapon: the Turtle of Light?

"By the end of Secret Coders, readers will learn the three major ways that code is organized, right alongside Hopper and Eni, not as something dry or rote, but something transformative." -Wired.com