Bidding for the 1968 Olympic Games: International Sport's Cold War Battle with NATO (Culture and Politics in the Cold War and Beyond) (Hardcover) 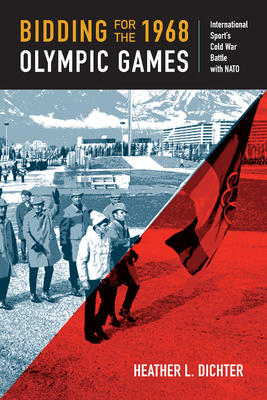 During the Cold War, political tensions associated with the division of Germany came to influence the world of competitive sport. In the 1950s, West Germany and its NATO allies refused to recognize the communist East German state and barred its national teams from sporting competitions. The construction of the Berlin Wall in 1961 further exacerbated these pressures, with East German teams denied travel to several world championships. These tensions would only intensify in the run-up to the 1968 Olympics.

In Bidding for the 1968 Olympic Games, Heather L. Dichter considers how NATO and its member states used sport as a diplomatic arena during the height of the Cold War, and how international sport responded to political interference. Drawing on archival materials from NATO, foreign ministries, domestic and international sport functionaries, and newspapers, Dichter examines controversies surrounding the 1968 Summer and Winter Olympic Games, particularly the bidding process between countries to host the events. As she demonstrates, during the Cold War sport and politics became so intertwined that they had the power to fundamentally transform each other.

"A testament to the power of deep archival research, Bidding for the 1968 Olympic Games reveals that the diplomacy of international sport and the diplomacy of the Cold War were flipsides of the same coin."—Timothy Andrews Sayle, author of Enduring Alliance: A History of NATO and the Postwar Global Order

"Bidding for the 1968 Olympic Games will appeal to a wide range of sports historians, as well as scholars and students interested in the cultural history of the Cold War, especially during that always fascinating decade, the 1960s.”—Alan McDougall, author of The People's Game: Football, State and Society in East Germany