Mobsters In Our Midst: The Kansas City Crime Family (Paperback) 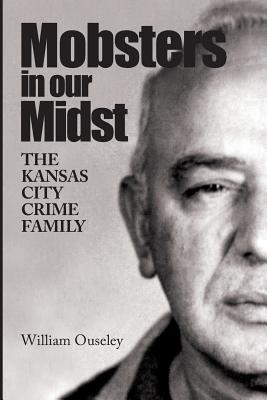 The true story of Kansas City's longest-reigning crime family boss. Nick Civella, a former tire theif, against all odds, took over leadership of the local mob, known as the "Outfit", and for the next 30 years oversaw the varied rackets common to La Cosa Nostra crime families. Not as well known outside of Kansas City, as bosses in New York or Chicago, Civella nonetheless came to wield considerable influence in Cosa Nostra affairs, especailly when it came to the Teamsters and the Nevada gaming industry. In the end, he and his 'Outfit" were decimated by one of the FBI's most important prosecutions of the day.

William Ouseley retired as Supervisor of the Organized Crime Squad, Kansas City FBI Fied Division, after a 25 year career. Having spend 21 years investigating organized crime he was involved in numerous prosecutions of mob figures becoming exceptionally knowledgeable concerning syndicated crime. He has testified in Federal Courts as an expert witness in various areas of organized crime activity, and provided testimony before a Senate special investigative rackets committee. He is the author of an historical accounting of the development of the Kansas City mob - Open City: True Story of the KC Crime Family 1900-195