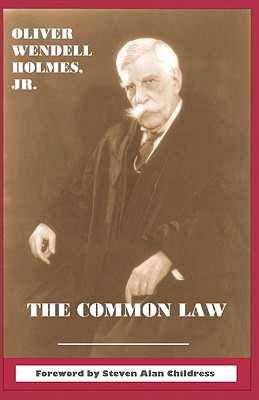 Oliver Wendell Holmes, Jr. compiled this master work in 1881 from his famous lectures in Boston on the origins, reasoning, and import of the common law. "The life of the law has not been logic: it has been experience." It jump-started legal realism and established law as a pragmatic way to solve problems and make policy, not just a collection of rules. It has stood the test of time as one of the most important and influential studies of law and the development of legal rules. This book is interesting for a vast audience, and considered one of the most original books on U.S. law, for historians, students, political scientists, and those who follow the concept of rules. It is also a recommended read before law school. A new edition of Holmes' classic study of the judicial development of law. Includes 2010 Foreword by Steven Alan Childress, J.D., Ph.D., law professor at Tulane. Embeds correct footnote numbers and original page numbers for citing. Carefully reproduced from the original book but in a modern, readable format. Quid Pro's Legal Legends Series offers high-quality editions of legal scholarship, in print and digital formats. In addition, each book contains a scholar's new Foreword and biographical summary, to place the work in historical context and explain it to the reader.

Legendary Justice of the Supreme Court and influential legal scholar, 1841-1935.