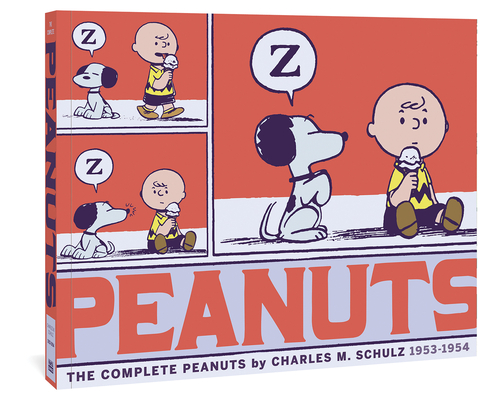 By Charles M. Schulz
Email or call for price

Our second paperback volume of the acclaimed Complete Peanuts series finds Schulz continuing to establish his tender and comic universe. It begins with Peanuts’ third full year and a cast of eight: Charlie Brown, Shermy, Patty, Violet, Schroeder, Lucy, baby Linus, and Snoopy. By the end of 1954, Pigpen and his dust cloud join the crowd. Linus emerges as one of the most complex and endearing characters in the strip, and acquires his security blanket! Charlie Brown is becoming his best-known self, the lovable loser, but he hasn’t yet abandoned his brasher, prankish behavior from our first volume. And, Lucy has grown up and forcefully elbowed her way to the center of the action. For readers unfamiliar with the early years of the strip, Snoopy’s appearances here may come as the biggest surprise: he behaves, for the most part, like a dog!