Plato on Women: Revolutionary Ideas for Gender Equality in an Ideal Society (Hardcover) 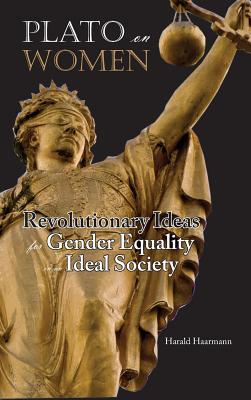 By Harald Haarmann
Email or call for price.

Plato (ca. 427- ca. 347 BCE), the preeminent Greek philosopher, has been extensively studied. A major field of Plato's comprehensive work is his political philosophy, which is multifaceted and multidimensional. The discourse on gender issues forms an integral part of it. In this context, one is surprised to notice that Plato's elaborations have been interpreted in quite contrasting ways. In some feminist discussions of classical philosophy, Plato's intellectual enterprise is evaluated as reflecting Greek male chauvinism. Such identification carries all manner of stereotyping, and this is neither enlightening nor helpful for an overall understanding of Plato's teachings and his world of ideas. In the scholarly literature, one can make the surprising discovery that Plato's contribution to the understanding of gender roles in society slips the attention of authors who specialize in this topic. Plato was neither feminist in the modern sense nor a sexist. Plato was not a liberal thinker, and he did not take the initiative to make a case for women's liberties. And yet, he elaborates amply on issues of what is subsumed under women's liberation in our time: What else would we call a philosopher who, under the conditions of Greek society in the classical age, advocated for the participation of women in sports competitions and approved of the access of women to public offices, even to political leadership? In this study, priority lies in reconstructing Plato's ideas on women's roles viewed against the zeitgeist of gender issues in Greek society of classical antiquity. The analysis shows that Plato's speculations about gender and gender issues in an ideal society were nothing short of revolutionary. Plato on Women is a major contribution to political philosophy and gender studies as well as an important book for collections of Plato's works and scholarly literature focusing on this philosopher.