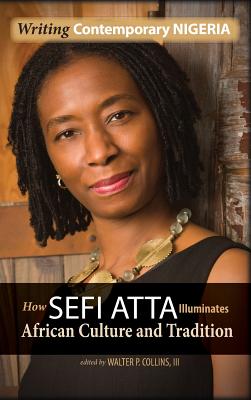 By Walter Collins (Editor)
Email or call for price.

Sefi Atta is one of the latest in a great line of female Nigerian writers. her works have garnered several literary awards; these include the Red Hen Press Short Story Award, the PEN International David TK Wong Prize, the Wole Soyinka Prize for Literature in Africa, and the Noma Award for Publishing in Africa. Atta's oeuvre has received the praise and respect of several noted African writers such as Buchi Emecheta, Chimamanda Ngozi Adichie and Helon Habila. Atta's insights into the roles and treatment of women, neocolonial government structures, patriarchy, 21st-century phenomena such as Nigerian e-mail phishing and the role of geography and place in characters' lives make her works some of the most indelible offerings across contemporary African fiction. Nevertheless, there exists a relative dearth of critical analyses of her works. That Atta writes across the genres perhaps explains some of the lack of literary criticism of her works. This study will facilitate continued examination of Atta's writings and further dissemination of critique. In this premiere edited volume on the works of Sefi Atta, Collins has assembled contributors from around the globe who offer critical analysis on each of Atta's published novels and several of her short stories. The volume is divided into four sections with chapters grouped by thematic connections-Sisterhood, Womanhood and Rites of Passage, The City, Dark Aspects of Atta's Works and Atta's Literature in Application. The book examines Atta's treatment of these themes while referencing the proficiency of her writing and style. The collection includes an interview with Atta where she offers an insightful and progressive perspective on current language use by Africans. This book is the first aggregate of literary critique on selected works of Sefi Atta. This book is an important volume of literary criticism for all literature, world literature and African literature collections. It is part of the Cambria African Studies Series headed by Toyin Falola (University of Texas at Austin) with Moses Ochonu (Vanderbilt University).