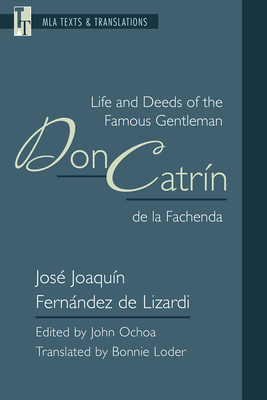 Don Catr n de la Fachenda, here translated into English for the first time, is a picaresque novel by the Mexican writer Jos Joaqu n Fern ndez de Lizardi (1776-1827), best known as the author of El Periquillo Sarniento (The Itching Parrot), often called the first Latin American novel. Don Catr n is three things at once: a rakish p caro in the tradition of the picaresque; a catr n, a dandy or fop; and a criollo, a person born in the New World and belonging to the same dominant class as their Spanish-born parents but relegated to a secondary status. The novel interrogates then current ideas about the supposed innateness of race and caste and plays with other aspects of the self considered more extrinsic, such as appearance and social disguise. While not directly mentioning the Mexican wars of independence, Don Catr n offers a vivid representation of the political and social frictions that burst into violence around 1810 and gave birth to the independent countries of Latin America.