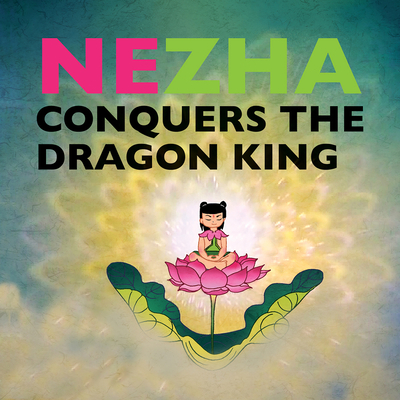 By and Film Shanghai Animation
$5.95
Email or call for price.

One day, Nezha encounters a patrolling Yasha demon, stealing children to feed his master, the Dragon King. Nezha wounds the Yasha demon with his Firmament Ring. In a rage, the Dragon King sends his third son to capture Nezha, but the son is killed instead. Now completely infuriated, the Dragon King unleashes a raging storm, wreaking havoc on Chentang Pass and demanding Nezha's magic weapons. Nezha transforms his spirit into an exact duplicate of himself, and, with his newly acquired fire-tipped spear, Nezha heads straight for the Dragon Palace. In a final fury, he turns the palace upside down and beards the Dragon King.

This series is adapted from the most famous Chinese classic cartoon movies, which are handled down generation by generation; most Chinese grow up with them. Some are well-known fairy stories, contain the wisdom and spirits; and some convey the knowledge of nature or science. The original movies are taken by Shanghai Animation and Film Studio, and got a lot of prizes in the international film festivals. Awards: Won the outstanding film award at the 1978 International London Film Festival; Won the 13th Special Interest award at the Czech Republic Karlovy Vary International Film Festival; Won the best art award and children's literature award at the 4nd Chinese film "Hundred Flowers" festival.