The Brass Verdict: A Novel (A Lincoln Lawyer Novel #2) (CD-Audio) 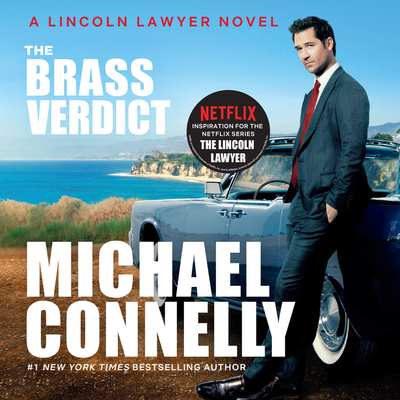 By Peter Giles (Read by), Michael Connelly
$39.98
Email or call for price.

This is book number 2 in the A Lincoln Lawyer Novel series.

“Michael Connelly teams LAPD Detective Harry Bosch with L.A. lawyer Mickey Haller and generates his best novel yet. A recovering Haller is pulled back into the high-stakes legal world and becomes an uncomfortable ally of Bosch. As Haller becomes further enmeshed in legal chicanery and a murder plot, both he and Bosch have to rely on their uneasy alliance to succeed and survive, leading to a conclusion that will stun faithful readers.”
— Bill Cusumano, Nicola's Books, Ann Arbor, MI

Things are finally looking up for defense attorney Mickey Haller. After two years of wrong turns, Haller is back in the courtroom. When Hollywood lawyer Jerry Vincent is murdered, Haller inherits his biggest case yet: the defense of Walter Elliott, a prominent studio executive accused of murdering his wife and her lover. But as Haller prepares for the case that could launch him into the big time, he learns that Vincent's killer may be coming for him next.

Enter Harry Bosch. Determined to find Vincent's killer, he is not opposed to using Haller as bait. But as danger mounts and the stakes rise, these two loners realize their only choice is to work together.

Bringing together Michael Connelly's two most popular characters, The Brass Verdictis sure to be his biggest book yet.

"Michael Connely's twentieth novel as narrated by newcomer Peter Giles is a humdinger....Gile's hoarse, whispery voice crackles when he's Bosch and is authorative as Haller. Despite their differences, the story resolves in a way that makes listeners eager for the next installment, especially if it's performed by Peter Giles."—AudioFile