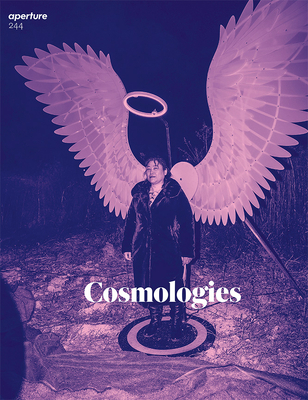 This is book number 244 in the Aperture Magazine series.

This fall, Aperture magazine presents an issue exploring the idea of cosmologies--the origins, histories, and local universes that artists create for themselves. In an exclusive interview, Greg Tate speaks to Deana Lawson about how her monumental staged portraits trace cosmologies of the African diaspora. "What I'm doing integrates mythology, religion, empirical data, dreams," says Lawson, whose work is the subject of major solo exhibitions this year at the Solomon R. Guggenheim Museum, New York, and Institute of Contemporary Art, Boston. In an in-depth profile of Judith Joy Ross and her iconic portraiture, Rebecca Bengal shows how a constellation of strangers is brought together through Ross's precise, empathic gaze. "Ross is guided by a rapt, intense, wholehearted belief in the individual," Bengal writes. A portfolio of Michael Schmidt's acutely observed work from the 1970s and '80s reveals the realms within realms of a once divided Berlin, while Feng Li's surprising black-and-white snapshots zigzag between absurdist dramas in various Chinese cities. Ashley James distills the surreal visions of Awol Erizku's still lifes and tableaux; Casey Gerald contributes a sweeping ode to Baldwin Lee's stirring 1980s portraits of Black Southern subjects; and Pico Iyer meditates on Tom Sandberg's grayscales marked by both absence and reverence. Throughout "Cosmologies," artists cast their attention on the great mysteries of both personal and shared lineages, tracking their locations in space, time, and history, and reminding us of the elegant enigmas that can be unraveled close to home.