The Color of Wealth: The Story Behind the U.S. Racial Wealth Divide (Paperback) 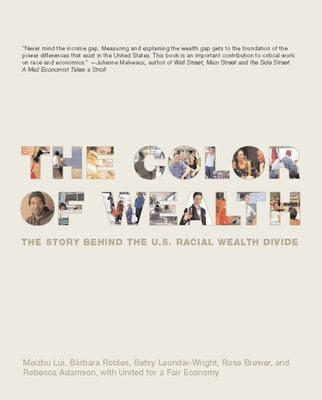 For every dollar owned by the average white family in the United States, the average family of color has less than a dime. Why do people of color have so little wealth? The Color of Wealth lays bare a dirty secret: for centuries, people of color have been barred by laws and by discrimination from participating in government wealth-building programs that benefit white Americans.

This accessible book--published in conjunction with one of the country's leading economics education organizations--makes the case that until government policy tackles disparities in wealth, not just income, the United States will never have racial or economic justice.

Written by five leading experts on the racial wealth divide who recount the asset-building histories of Native Americans, Latinos, African Americans, Asian Americans, and European Americans, this book is a uniquely comprehensive multicultural history of American wealth. With its focus on public policies--how, for example, many post-World War II GI Bill programs helped whites only--The Color of Wealth is the first book to demonstrate the decisive influence of government on Americans' net worth.

The authors are all part of United for a Fair Economy, a national nonpartisan organization based in Boston, Massachusetts, that campaigns against growing income--and wealth inequality and inspires action to reduce economic inequality.