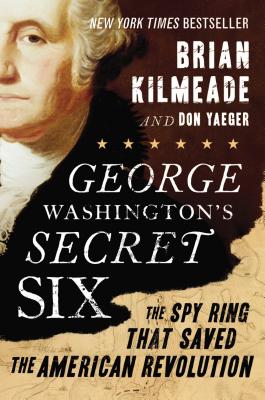 As a Long Islander endlessly fascinated by eventsthat happened in a place I call home, I hope withthis book to give the secret six the credit they didn tget in life. The Culper spies represent all the patrioticAmericans who give so much for their country but, because of the nature of their work, will not or cannottake a bow or even talk about their missions.

Washington realized that he couldn t beat theBritish with military might, so he recruited a sophisticatedand deeply secretive intelligence network toinfiltrate New York. So carefully guarded were themembers identities that one spy's name was notuncovered until the twentieth century, and oneremains unknown today. But by now, historianshave discovered enough information about the ring sactivities to piece together evidence that these sixindividuals turned the tide of the war.

Robert Townsend, the reserved Quaker merchantand reporter who headed the Culper Ring, keepinghis identity secret even from Washington;Austin Roe, the tavern keeper who risked hisemployment and his life in order to protect themission;Caleb Brewster, the brash young longshoremanwho loved baiting the British and agreed to ferrymessages between Connecticut and New York;Abraham Woodhull, the curmudgeonly (andsurprisingly nervous) Long Island bachelorwith business and family excuses for travelingto Manhattan;James Rivington, the owner of a posh coffeehouseand print shop where high-ranking British officersgossiped about secret operations;Agent 355, a woman whose identity remainsunknown but who seems to have used her wit andcharm to coax officers to share vital secrets.

“James Bond is a rank amateur compared to the heroic efforts of the Culper Ring. Brian Kilmeade and Don Yaeger’s work demonstrates why the story of the secret six should be anything but a secret in American history.” —HARVEY MACKAY, author of Swim with the Sharks Without Being Eaten Alive
“A rollicking read by Kilmeade and Yaeger, acknowledging a long overdue debt to six American heroes.”
—KARL ROVE
“We would not have won the Revolution and secured our freedom, were it not for the leadership of George Washington and the courage of the spies he set in motion. George Washington’s Secret Six is a gripping and informative read.” —CONGRESSMAN PETE KING, chairman of the Counterterrorism and Intelligence Subcommittee, House of Representatives Committee on Homeland Security
“It would have been an honor to have served with Robert Townsend and the rest of the Culper spies in any of the deep-cover intelligence operations I spearheaded over twenty-seven years.” —WAYNE SIMMONS, coauthor of The Natanz Directive; CIA–Outside Paramilitary Special Operations
“Freedom is not free, never has been, and never will be. Kilmeade and Yaeger have done a wonderful job in reminding us all of the cost. Great read.” —GENERAL TOMMY FRANKS (U.S. Army, ret.)
“A historical gem. I loved it.”
—DONALD TRUMP