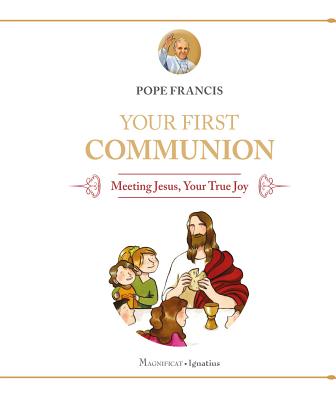 These are the words of Pope Francis himself, addressed to young people preparing for their First Communion. They are words of wisdom and encouragement about the patient and enduring love of Jesus, who comes to us as bread to give us his own strength.

In words a child can understand, the Pope explains that not only in the Eucharist but also in the sacraments of Baptism and Confession we meet Jesus and receive his transforming love.

On every page children and their parents will discover that Jesus is indeed their true joy!

Pope Francis (Jorge Mario Bergoglio), is the first Jesuit and the first Latin American to be elected to the chair of Peter. A native of Buenos Aires, Argentina, he was ordained as a priest in 1969. He served as head of the Society of Jesus in Argentina from 1973 to 1979. In 1998 he became the archbishop of Buenos Aires and, in 2001, a cardinal. Following the resignation of his predecessor, Pope Benedict XVI, on February 28, 2013, the conclave elected Bergoglio, who chose the papal name Francis in honor of Saint Francis of Assisi.