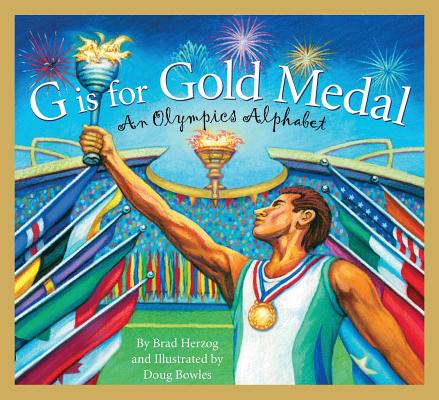 From the first games held in ancient Greece to the cultural extravaganzas of recent years, there have been some incredible and amazing events and milestones in the world of Olympic sports. Now in G is for Gold Medal: An Olympics Alphabet, writer Brad Herzog showcases those athletes and events that not only set sports records but also impacted history and world views. Learn the meaning behind the five interlocking rings featured on the Olympic flag. Cheer on American Jim Thorpe as he won the pentathlon and decathlon at the 1912 Olympics in Stockholm, Sweden, only to lose his medals later. Read how the man dubbed as the "world's laziest high jumper" won the gold in 1968 and later had a jump named after him. All these moments and more are brought to life in G is for Gold Medal. Brad Herzog has written travel and sports books for readers young and old. His books with Sleeping Bear include the best-selling H is for Home Run: A Baseball Alphabet. Brad lives on California's Monterey Peninsula. Doug Bowles has been a freelance illustrator for more than twenty years. His books for Sleeping Bear include One Kansas Farmer: A Kansas Number Book and S is for Sunflower: A Kansas Alphabet. Doug lives in Leawood, Kansas.