Tales of Bialystok: A Jewish Journey from Czarist Russia to America (Paperback) 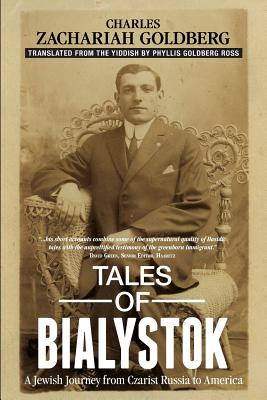 Charles Zachariah Goldberg left Bialystok in 1906 at the age of 20 in the aftermath of a deadly pogrom in Bialystok, then a part of Czarist Russia. Published later in life, living in Connecticut, these are his remembrances and stories about growing up in Bialystok, tales of the dreadful, and of the humorous, of family life, and of his journey to America. He writes in a voice all his own, familiar, plainspoken, direct and honest. Originally written in Yiddish for publications in the New York City area in the 1930s and 1940s, Charles Zachariah Goldberg stories capture both the immediacy of his experiences and the tales told him by others.