My Utmost for His Highest (Leather) 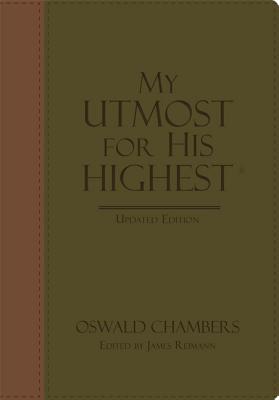 By Oswald Chambers, James Reimann (Revised by)
Email or call for price.
Not Currently Available Through Reach and Teach

Where can readers turn to deepen their love and understanding of God? In the classic devotional My Utmost for His Highest, author Oswald Chambers offers inspiring thoughts that have encouraged millions of readers for many years. This updated gift edition in today's language provides thought-provoking meditations to cultivate a closer walk with God. Readers can gain a fresh perspective on how to grow in faith as they discover more about God and their relationship to Him.