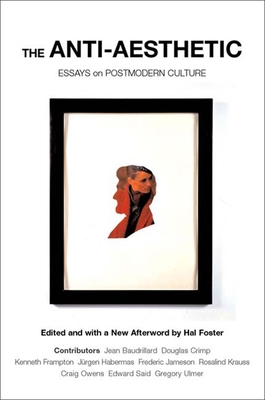 For the past twenty years, Hal Foster has pushed the boundaries of cultural criticism, establishing a vantage point from which the seemingly disparate agendas of artists, patrons, and critics have a telling coherence. In The Anti-Aesthetic, preeminent critics such as Jean Baudrillard, Rosalind Krauss, Fredric Jameson, and Edward Said consider the full range of postmodern cultural production, from the writing of John Cage, to Cindy Sherman's film stills, to Barbara Kruger's collages. The Anti-Aesthetic provides a strong introduction for newcomers and a point of reference for those already engaged in discussions of postmodern art, culture, and criticism.

Hal Foster is the Townsend Martin '17 Professor of Art and Archaeology at Princeton University.