The Making of a Spiritual Movement: The Untold Story of Paul Twitchell and Eckankar (Paperback) 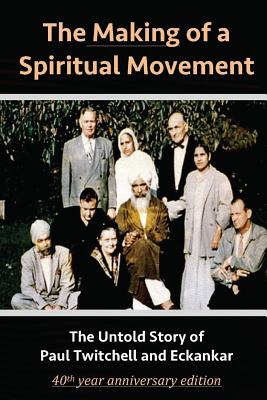 David Christopher Lane has been a Professor of Philosophy at Mt. San Antonio College for over 29 years. He has taught at the University of California, San Diego; California State University, Long Beach; California School of Professional Psychology; and the University of London in England, among other institutions. Professor Lane received his Ph.D. and M.A. with a focus on the Sociology of Knowledge from the University of California, San Diego, where he was also a recipient of a Regents Fellowship. He also received another M.A. in the history and phenomenology of religion from the Graduate Theological Union at Berkeley. Dr. Lane has written a number of books, including several controversial studies on new religions, such as The Making of a Spiritual Movement: The Untold Story of Paul Twitchell and Eckankar; Exposing Cults: When The Skeptical Mind Confronts the Mystical; and DA: The Strange Case of Franklin Jones co-authored with Dr. Scott Lowe, Professor of Religious Studies at the University of Wisconsin. Dr. Lane is most well known for his critical studies of certain new religious founders, including the late John-Roger Hinkins of MSIA, Sathya Sai Baba, and Sri Gary Olsen of MasterPath. This unsettling research has led to the robbery of his home, numerable death threats, and a series of targeted lawsuits. His work has been widely cited in various encyclopedias and has served as the foundation for a number of investigative studies, including Peter McWilliams' widely read cult expose', Life 102: What To Do When Your Guru Sues You. Professor Lane was the first scholar to publish the life and work of Baba Faqir Chand under the title The Unknowing Sage which details the remarkable life of an Indian sage who claimed that all miracles and religious visions were projections of disciples' own mind but they unwittingly gave credit for such to their respective gurus and religious traditions. Lane has been instrumental in publishing a number of books and articles on Faqir's radical revelations and has coined the term "Chandian Effect" to describe how extraordinary experiences occur, even though they ultimately have a scientific explanation.