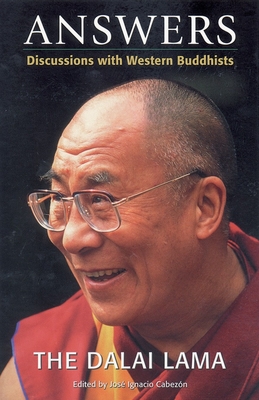 In India, at the place where the Buddha attained enlightenment, it became a well-established tradition for the Dalai Lama to spend several days each year giving teachings to Buddhists from all over the world. Following his teachings, he held informal group discussions with Western students of Buddhism. In these lively exchanges, the Dalai Lama exhibits clear and penetrating insight into issues that are most important to Western students. Some of the topics discussed are: psychology, Christianity, being a practicing Buddhist in the West, spiritual teachers, reincarnation, emptiness, tantra, protector deities, liberation, meditation, compassion, disciplining others, the power of holy places, and retreats.

His Holiness the Fourteenth Dalai Lama is considered the foremost Buddhist leader of our time. The exiled spiritual head of the Tibetan people, he is a Nobel Peace Laureate, a Congressional Gold Medal recipient, and a remarkable teacher and scholar who has authored over one hundred books.

"Throughout these wide-ranging discussions the Dalai Lama shows himself once again to be a superb scholar of Buddhist philosophy with a strong penchant for practicality. . . . One of the most fascinating religious figures of our time."—Donald S. Lopez Jr., author of Prisoners of Shangrila and Curators of the Buddha

"Here is a pleasing introduction into the mind of a living saint. And for those initiates among us, here is a reminder of simplicity in the way in which to approach issues which concern us all. . . . The richness of this book lies in its simple spontaneity and breadth of subject matter."—Tibet Journal