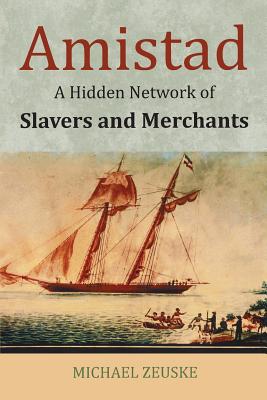 The 1839 Amistad revolt and the fate of the African slaves on board are well documented in books and in a blockbuster film. Michael Zeuske adds a new dimension to this history: the story of the people behind the Amistad. Based on his discovery -- in previously unknown collections in Cuba and Spain -- of the captain's logbook, the cook's notes, and the merchants' ledgers and correspondence, he paints an eye-opening portrait of the slave trade between Africa and the Spanish Caribbean. After the British Empire abolished the slave trade in 1808 and enforced the ban with warships, slave traders in Africa, Spanish and Cuban ship captains and financiers, and international merchants created a hidden network based on forged documents and well-placed bribes. This network lasted until 1886 and ensnared hundred of thousands of slaves smuggled from Africa to the Caribbean, mostly to Cuba, and tens of thousands of slaves who were smuggled from Cuba to the United States. Zeuske reveals these secrets for the first time and offers a new historical framework for our understanding of the Amistad story.