Frontiers, Plantations, and Walled Cities: Essays on Society, Culture, and Politics in the Hispanic Caribbean (1800-1945) (Paperback) 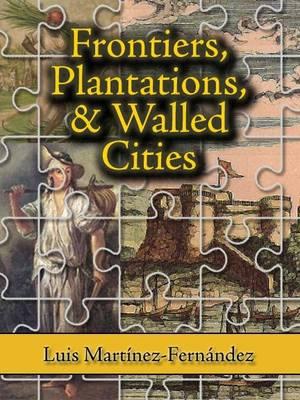 For decades, the Hispanic Caribbean has eluded attempts by historians striving to view and analyze Cuba, Puerto Rico, and the Dominican Republic as a region rather than as isolated insular units. Focusing on similarities instead of differences and applying comparative methods, the author makes a forceful case for a regional perspective that sheds new light on important historical phenomena such as the evolution of sugar plantations and slavery, persistent colonialism and economic dependence, and the interplay among revolutionary, authoritarian, and lobbyist political cultures. Composed of seven pioneering articles and essays, this book provides key pieces to solving the puzzle of the Hispanic Caribbean's fascinating and often-convulsed history. In the 19th and 20th centuries, the Hispanic Caribbean was fundamentally a plantation economy, dominated mainly by the world sugar market. The politics were shaped by revolutions, political coups, wars, and elections, resulting in an end of Spanish power, independent states, and the domination of the region by the United States. The author follows these developments throughout the main Hispanic islands and provides a fascinating picture of a region in turmoil.