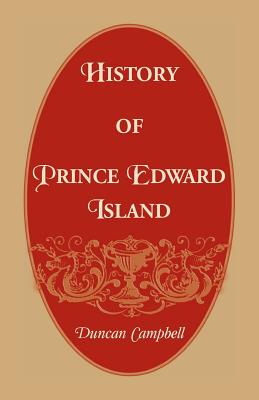 By Duncan Campbell
Email or call for price

This island was one of Cabot's early discoveries in North America, and was called by him St. John, a name it carried through much of its history. However, it was claimed by France as part of the discoveries made by Verazani in 1523, and it remained under French control for much of its early history. In 1713, when Acadia and Newfoundland were ceded to England, the French inhabitants were given liberty to leave, and many went to St. John. Again, when the Acadians were driven from Nova Scotia in 1755, many removed to St. John. In 1763, St. John was ceded to the British, who then developed some grand plans for the settlement of the island by their own people. Subsequently it was settled by Loyalists fleeing from the American colonies, and by many Scotch highlanders. The latter are readily apparent from the names of the heads of households in the 1798 census of the island which is included as an appendix to this history. The author also wrote a history of Nova Scotia. A new full-name index has been added.