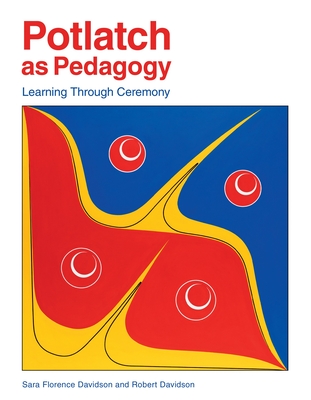 In 1884, the Canadian government enacted a ban on the potlatch, the foundational ceremony of the Haida people. The tradition, which determined social structure, transmitted cultural knowledge, and redistributed wealth, was seen as a cultural impediment to the government's aim of assimilation. The tradition did not die, however; the knowledge of the ceremony was kept alive by the Elders through other events until the ban was lifted. In 1969, a potlatch was held. The occasion: the raising of a totem pole carved by Robert Davidson, the first the community had seen in close to 80 years. From then on, the community publicly reclaimed, from the Elders who remained to share it, the knowledge that has almost been lost. Sara Florence Davidson, Robert's daughter, would become an educator. Over the course of her own education, she came to see how the traditions of the Haida practiced by her father--holistic, built on relationships, practical, and continuous--could be integrated into contemporary educational practices. From this realization came the roots for this book.

Sara Florence Davidson is a Haida educator and scholar with a PhD in Literacy Education. She is currently an Assistant Professor in the Teacher Education Department at the University of the Fraser Valley, where she works with teacher candidates to bring Indigenous content, perspectives, and pedagogies into their classrooms. Sara's research has focused upon the use of autobiographical and narrative writing to engage in the writing process and to explore identities, as well as the mandating of Indigenous content in the curriculum. She has also explored ways to merge the strengths of Indigenous and non-Indigenous pedagogical practices. She is the project lead on the Indigenous Storybooks project, where she explores how traditional Indigenous stories can be used to strengthen literacy practices. She has also taught adolescents in the K-12 system, and has worked with Indigenous students making the transition from rural to urban centres for their education. Robert Davidson is one of Canada's most respected and important contemporary artists. Of Haida descent, he is a master carver of totem poles and masks and works in a variety of media as a printmaker, painter, and jeweler. A leading figure in the renaissance of Haida art and culture, Davidson is renowned as an impeccable craftsman whose creative and personal interpretation of traditional Haida form is unparalleled. For more than forty years, he has produced an internationally acclaimed body of work found in a number of collections, including the National Gallery of Canada, the Vancouver Art Gallery, the Canadian Museum of Civilization, the Southwest Museum (Los Angeles), and the Artists for Kids Gallery (North Vancouver). He holds honorary degrees from the University of Victoria, Simon Fraser University, Southern Methodist University, and the Emily Carr Institute. Davidson is a recipient of the National Aboriginal Achievement Award, the Order of British Columbia, the Governor General's Award, and the Order of Canada.