Evidence for the Truth of Christianity (Hardcover) 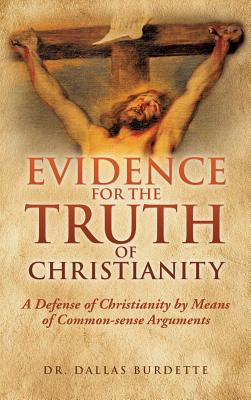 One objective of this book is to set forth the truthfulness of Christianity. I examined the Resurrection of Jesus by employing rigorous logic in order to determine whether the Resurrection is fact or fiction. I cited from the internal evidence of the Scriptures to prove beyond the shadow-of-a-doubt that the Resurrection did happen. An examination of the New Testament documents are written in such a way as to disprove fraud or dishonesty. In addition to these ("first eight chapters"), I wrote another eight chapters as a defense of the legitimacy of Christianity by means of common-sense arguments. Christians are confronted with a great deal of venom, bitterness, acrimony, and malice. I have also written several chapters exposing the lack of sound and comprehensive arguments by atheists against the candor and credibility of the New Testament writings. Dallas Burdette has been a serious student, teacher and preacher of the Bible for sixty-six years, supporting himself for many years as an agent for AFLAC. He has written numerous articles for religious journals, as well as many essays and sermons which are available on his website (www.freedominchrist.net). He has developed a keen interest in promoting unity among God's people through a more accurate reading of the Word. He has degrees (B.A., M.S., and M.Div.) from Amridge University (formerly Southern Christian University) where he also was Director of Extended Learning for five years. He holds the Doctor of Ministry degree (1999) from Erskine Theological Seminary. He has published twelve books.