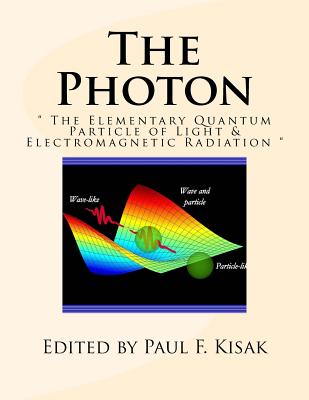 In the Standard Model of particle physics, photons and other elementary particles are described as a necessary consequence of physical laws having a certain symmetry at every point in spacetime. The intrinsic properties of particles, such as charge, mass and spin, are determined by this gauge symmetry. The photon concept has led to momentous advances in experimental and theoretical physics, including lasers, Bose-Einstein condensation, quantum field theory, and the probabilistic interpretation of quantum mechanics.The photon is an elementary particle, the quantum of the electromagnetic field including electromagnetic radiation such as light, and the force carrier for the electromagnetic force (even when static via virtual photons). The photon has zero rest mass and always moves at the speed of light within a vacuum. Like all elementary particles, photons are currently best explained by quantum mechanics and exhibit wave-particle duality, exhibiting properties of both waves and particles. For example, a single photon may be refracted by a lens and exhibit wave interference with itself, and it can behave as a particle with definite and finite measurable position or momentum, though not both at the same time. The photon's wave and quanta qualities are two observable aspects of a single phenomenon, and cannot be described by any mechanical model; a representation of this dual property of light, which assumes certain points on the wavefront to be the seat of the energy, is not possible.This book is designed to be a state of the art, superb academic reference work and provide an overview of the topic and give the reader a structured knowledge to familiarize yourself with the topic at the most affordable price possible.The accuracy and knowledge is of an international viewpoint as the edited articles represent the inputs of many knowledgeable individuals and some of the most current knowledge on the topic, based on the date of publication.

The editor has degrees in Engineering Physics & Nuclear Engineering from the University of Michigan and is an Engineer & Former Intelligence Officer for the CIA & US Intelligence Community and was President of an award-winning Defense Contracting Company. He has authored several books, edited numerous other books and has written many Technical, Classified & Unclassified papers, Articles & Essays. He has also been a Contributing Author for The International Encyclopedia on Intelligence and Counter-Intelligence and written several award-winning software manuals that have been sold in more than a dozen countries. He has appeared in Marquis "Who's Who in the World" & "Who's Who in Science & Engineering" and continues to edit and write.