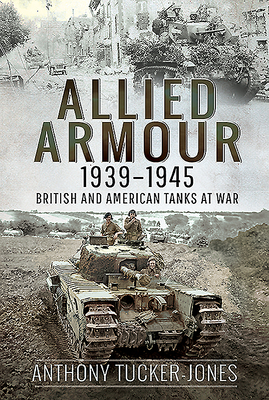 By Anthony Tucker-Jones
$34.95
Email or call for price.

During the first years of the Second World War, Allied forces endured a series of terrible defeats at the hands of the Germans, Italians and Japanese. Their tanks were outclassed, their armored tactics were flawed. But the advent of new tank designs and variants, especially those from the United States, turned the tables. Although German armor was arguably still superior at the end of the war, the competence of Allied designs and the sheer scale of their production gave them a decisive advantage on the armored battlefield. This is the fascinating story that Anthony Tucker-Jones tells in this book which is part of a three-volume history of armored warfare during the Second World War.

Chapters cover each major phase of the conflict, from the early blitzkrieg years when Hitler's Panzers overran Poland, France and great swathes of the Soviet Union to the Allied fight back in tank battles in North Africa, Italy and northern Europe. He also covers less-well-known aspects of the armored struggle in sections on Allied tanks in Burma, India and during the Pacific campaign. Technical and design armored are a key element in the story, but so are changes in tactics and the role of the tanks in the integrated all-arms forces that overwhelmed the Axis.