Revelation Revealed: The Bible's Grand Finale and its Message to Us. (Paperback) 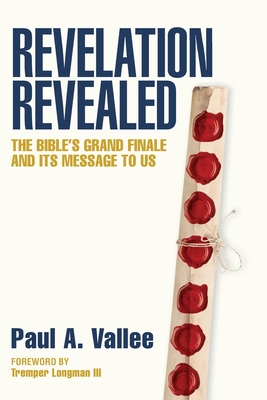 By Paul A, Dean Merrill (Editor), Tremper Longman (Contribution by)
$23.64

In popular culture, the focus of the biblical book of Revelation has been on the identity of the antichrist and the end of the world. Though Revelation speaks to these issues, the book is primarily about Christ and how he addresses humanity's enemies, including our greatest enemy, death. Revelation Revealed is an expository commentary that pushes through popular misconceptions and explains Revelation in a clear and engaging manner. Often viewed as a confusing book that is difficult to understand, filled with all kinds of incredible imagery, Revelation actually brings a message of hope in times of perplexity and crisis. In Revelation Revealed, Dr. Paul A. Vallee addresses the cultural background in which the ancient readers understood the text and shows the relevancy of that message to today's readers.

This book is the culmination of forty years of biblical study. The content was originally presented to a live audience over the course of twenty-six weeks. The response encouraged Dr. Vallee to put into print what the audience described as a positive message, clarifying and removing misunderstandings and fear by instilling hope in a world that, like the book of Revelation itself, is often confusing and overwhelming.