God The Known and God The Unknown (Paperback) 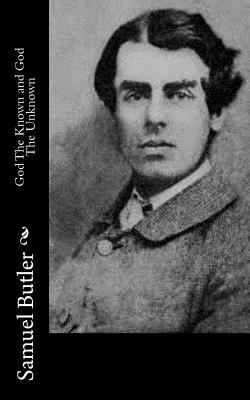 Excerpt: ...this God is an infinite God, and an infinite God is a God without any bounds or limitations; and a God without bounds or limitations is an impersonal God; and an impersonal God is Atheism. But may not this be the incoherency of prophecy which precedes the successful mastering of an idea? May we not think of this illusory expression as having arisen from inability to see the whereabouts of a certain vast but tangible Person as to whose existence men were nevertheless clear? If they felt that it existed, and yet could not say where, nor wherein it was to be laid hands on, they would be very likely to get out of the difficulty by saying that it existed as an infinite Spirit, partly from a desire to magnify what they felt must be so vast and powerful, and partly because they had as yet only a vague conception of what they were aiming at, and must, therefore, best express it vaguely. We must not be surprised that when an idea is still inchoate its expression should be inconsistent and imperfect-ideas will almost always during the earlier history of a thought be put together experimentally so as to see whether or no they will cohere. Partly out of indolence, partly out of the desire of those who brought the ideas together to be declared right, and partly out of joy that the truth should be supposed found, incoherent ideas will be kept together longer than they should be; nevertheless they will in the end detach themselves and go, if others present themselves which fit into their place better. There is no consistency which has not once been inconsistent, nor coherency that has not been incoherent. The incoherency of our ideas concerning God is due to the fact that we have not yet truly found him, but it does not argue that he does not exist and cannot be found anywhere after more diligent search; on the contrary, the persistence of the main idea, in spite of the incoherency of its details, points strongly in the direction of believing that it rests upon a...