The Chronic Fatigue Syndrome Epidemic Cover-up: How a Little Newspaper Solved the Biggest Scientific and Political Mystery of Our Time (Hardcover) 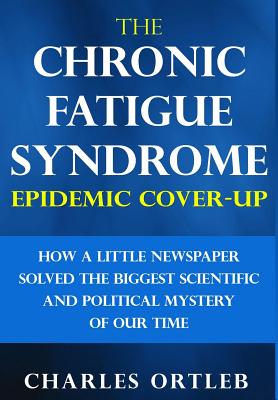 If you want to know the truth about the Chronic Fatigue Syndrome epidemic, you need to discover the reporting of Neenyah Ostrom.

By the time you finish Ortleb's stunning memoir, you will understand why the Centers for Disease Control has been unwilling to tell the public the truth about Chronic Fatigue Syndrome. The CDC does not want the public to know that Chronic Fatigue Syndrome is a transmissible illness linked to a virus called HHV-6 that affects every system in the body. They have covered up the illness for so many decades that the neglected virus is totally out of control. Now it is causing a long list of other illnesses and many cancers.

Nobody in the world covered the emergence of HHV-6 and its link to Chronic Fatigue Syndrome more than Neenyah Ostrom. Ostrom's decade of reporting on HHV-6 was recently vindicated by this statement from scientists at the University of Wurzburg: "While HHV-6 was long believed to have no negative impact on human health, scientists today increasingly suspect the virus of causing various diseases such as multiple sclerosis or chronic fatigue syndrome. Recent studies even suggest that HHV-6 might play a role in the pathogenesis of several diseases of the central nervous system such as schizophrenia, bipolar disorder, depression or Alzheimer's."

The big question about Neenyah Ostrom and New York Native is this: How many lives would have been saved if the scientific establishment and the mainstream media had paid more attention to Neenyah Ostrom's reporting on HHV-6 and Chronic Fatigue Syndrome in New York Native?

One day, if there is any justice in the world, the CDC and the medical establishment will apologize for not paying attention to Neenyah Ostrom's groundbreaking work on Chronic Fatigue Syndrome that Charles Ortleb published in New York Native. That would be a fitting end to one of journalism's greatest David and Goliath stories.