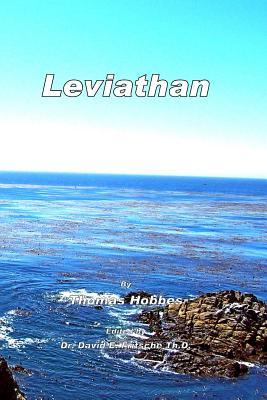 Thomas Hobbes is one of the earliest political philosophers to propose the foundational principles on which the United States of America is founded. He was a philosopher, theologian and analyst, who changed the thinking of past social structures by daring to invert the power structures of government. He proposed that the power to govern is given to the people and that it is delegated to those who serve in government on a limited basis. He proposed that government should be limited and that there should be a separation of powers to keep the seduction of power from accumulating power over the people rather than from the people in a defined and limited form. Hobbes was ahead of his time and was the chief proponent of this form of political philosophy. He obviously influenced many who came after, notably John Locke, Alexis de Tocqueville, Frederic Bastiat, and the writers of the Constitution of the United States of America, Thomas Jefferson, John Jay, Alexander Hamilton and so many others. The contributions of Hobbes are invaluable in understanding the American Experiment and in the breaking away from the authoritarian power bases of most nations in history past. It is in this single concept of the reversal of the flow of political power, from what was usual prior to our nation's founding of a top/down flow of power, to our new found social formation of the flow of power from the bottom up. It is this form and concept that is the basis of American Exceptionalism. We are not exceptional because we are better, smarter or especially blessed by God. We are exceptional because we have understood the principle of the flow of the power of life as coming from God the Creator to the people and then being delegated to government. This make a pivotal difference in the form and outcome of government. Please enjoy our presentation of Thomas Hobbes at his best.