From the Caves and Jungles of Hindustan (Paperback) 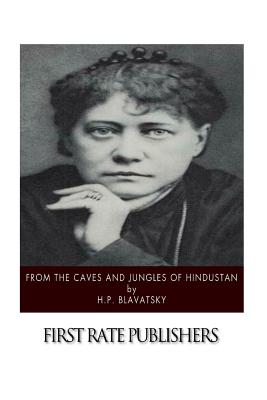 Among the New Age Movement and modern spiritualists, one name stands above the rest: Helena Petrovna (H.P.) Blavatsky. Blavatsky is best known today for co-founding the Theosophical School, a religious school of thought that she labeled "the archaic Wisdom-Religion, the esoteric doctrine once known in every ancient country having claims to civilization", and nobody was more qualified than Blavatsky to forge such a creation. During her second marriage, Blavatsky traveled to various parts of the world, including Egypt, France, Germany, Mexico, South America, Canada, and India, absorbing all the diverse cultures, customs, religions, and philosophies she came across. Once she had extensively studied all of the different movements she had experienced, Blavatsky went about synthesizing Theosophy and creating a worldview that offered explanations for the origin, workings and ultimate fate of every aspect of mankind's existence, in order to "form a nucleus of the Universal Brotherhood of Humanity, without distinction of race, creed, sex, caste or color." Blavatsky did so by becoming an incredibly prolific writer, and some of her works have become cult classics, particularly The Secret Doctrine and Isis Unveiled. These works included her unique blend of science, esoteric ideas, the occult, and ancient religions and philosophies, and they remain popular today.