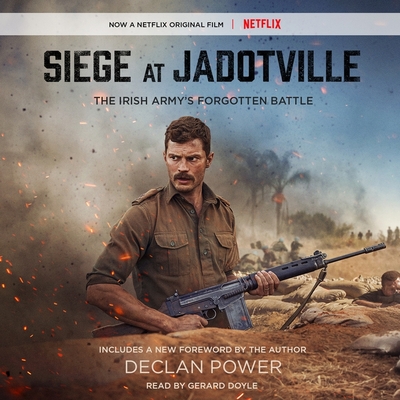 The Irish soldier has never been a stranger to fighting the enemy with the odds stacked against him. The notion of charging into adversity has been a cherished part of Ireland's military history. In September 1961, another chapter should have been written into the annals, but it is a tale that lay shrouded in dust for years.The men of A Company, Thirty-Fifth Irish Infantry Battalion, arrived in the Congo as a United Nations contingent to help keep the peace. For many it would be their first trip outside their native shores. Some of the troops were teenage boys, their army-issue hobnailed boots still unbroken. They had never heard a shot fired in anger. Others were experienced professional soldiers but were still not prepared for the action that was to take place.Led by Commandant Pat Quinlan, A Company found themselves tasked with protecting the European population at Jadotville, a small mining town in the southern Congolese province of Katanga. It fell to A Company to protect those who would later turn against them. On September 13th, 1961, the bright morning air of Jadotville was shattered by the sound of automatic gunfire.The men of A Company found their morning mass parade interrupted, and within minutes they went from holding rosaries to rifles as they entered the world of combat. This was to be no Srebrenica; though cut off and surrounded, the men of Jadotville held their ground and fought.This is their story.