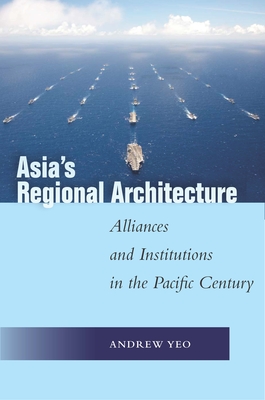 During the Cold War, the U.S. built a series of alliances with Asian nations to erect a bulwark against the spread of communism and provide security to the region. Despite pressure to end bilateral alliances in the post-Cold War world, they persist to this day, even as new multilateral institutions have sprung up around them. The resulting architecture may aggravate rivalries as the U.S., China, and others compete for influence. However, Andrew Yeo demonstrates how Asia's complex array of bilateral and multilateral agreements may ultimately bring greater stability and order to a region fraught with underlying tensions.

Asia's Regional Architecture transcends traditional international relations models. It investigates change and continuity in Asia through the lens of historical institutionalism. Refuting claims regarding the demise of the liberal international order, Yeo reveals how overlapping institutions can promote regional governance and reduce uncertainty in a global context. In addition to considering established institutions such as the Association of Southeast Asian Nations and the Asia-Pacific Economic Cooperation, he discusses newer regional arrangements including the East Asia Summit, Trans-Pacific Partnership, and the Belt and Road Initiative. This book has important implications for how policymakers think about institutional design and regionalism in Asia and beyond.

Andrew Yeo is Associate Professor of Politics at The Catholic University of America in Washington D.C.