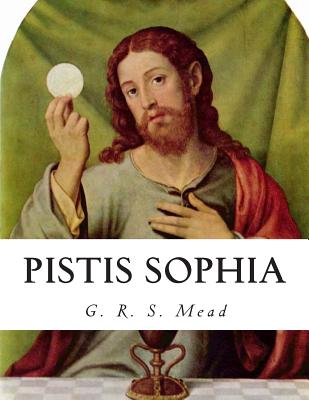 Pistis Sophia is an important Gnostic text discovered in 1773, possibly written between the 3rd and 4th centuries AD. The remaining manuscript, which scholars place in the late 4th century, relates the Gnostic teachings of the transfigured Jesus to the assembled disciples (including his mother Mary, Mary Magdalene, and Martha), when the risen Christ had accomplished eleven years speaking with his disciples. In it, the complex structures and hierarchies of heaven familiar in Gnostic teachings are revealed. The text proclaims that Jesus remained on earth after the resurrection for 11 years, and was able in this time to teach his disciples up to the first (i. e. beginner) level of the mystery. It starts with an allegory paralleling the death and resurrection of Jesus, and describing the descent and ascent of the soul. It then proceeds to describe important figures within the Gnostic cosmology, and then finally lists 32 carnal desires to overcome before salvation is possible. The female divinity of Gnosticism is Sophia, a being with many aspects and names. She is sometimes identified with the Holy Spirit itself but, according to her various capacities, is also the Universal Mother, the Mother of the Living or Resplendent Mother, the Power on High, She-of-the-left-hand (as opposed to Christ, understood as her husband and he of the Right Hand), as the Luxurious One, the Womb, the Virgin, the Wife of the Male, the Revealer of Perfect Mysteries, the Holy Dove of the Spirit, the Heavenly Mother, the Wandering One, or Elena (that is, Selene, the Moon). She was envisaged as the Psyche of the world and the female aspect of Logos.