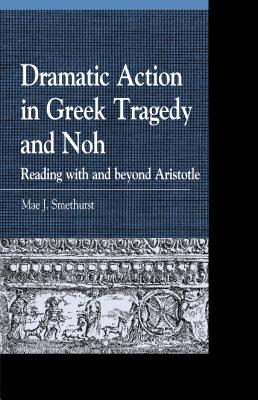 By Mae J. Smethurst
Email or call for price.

This book explores the ramifications of understanding the similarities and differences between the tragedies of Euripides and Sophocles and realistic Japanese noh. First, it looks at the relationship of Aristotle's definition of tragedy to the tragedies he favored. Next, his definition is applied to realistic noh, in order to show how they do and do not conform to his definition. In the third and fourth chapters, the focus moves to those junctures in the dramas that Aristotle considered crucial to a complex plot - recognitions and sudden reversals -, and shows how they are presented in performance. Chapter 3 examines the climactic moments of realistic noh and demonstrates that it is at precisely these moments that a third actor becomes involved in the dialogue or that an actor in various ways steps out of character. Chapter 4 explores how plays by Euripides and Sophocles deal with critical turns in the plot, as Aristotle defined it. It is not by an actor stepping out of character, but by the playwright's involvement of the third actor in the dialogue. The argument of this book reveals a similar symbiosis between plot and performance in both dramatic forms. By looking at noh through the lens of Aristotle and two Greek tragedies that he favored, the book uncovers first an Aristotelian plot structure in realistic noh and the relationship between the crucial points in the plot and its performance; and on the Greek side, looking at the tragedies through the lens of noh suggests a hitherto unnoticed relationship between the structure of the tragedies and their performance, that is, the involvement of the third actor at the climactic moments of the plot. This observation helps to account for Aristotle's view that tragedy be limited to three actors.

Mae Smethurst is professor of classics and East Asian literature at the University of Pittsburgh. She has authored two books: The Artistry of Aeschylus and Zeami: A Comparative Study of Greek Tragedy and Noh (Princeton University Press 1989) and Dramatic Representations of Filial Piety (Cornell East Asia 1998). The first book won the Hitomi Arisawa Prize for an outstanding book published by an American university press in 1989-1990, and the second won the United States-Japan Friendship Commission's prize through the Donald Keene Center at Columbia for an outstanding translation from pre-modern Japanese to English in 2002. She also edited with the help of co-editor Christina Laffin a volume on noh: Ominameshi: A Flower Viewed from Many Directions.