God the Known and God the Unknown: The Evidence of Christianity (Paperback) 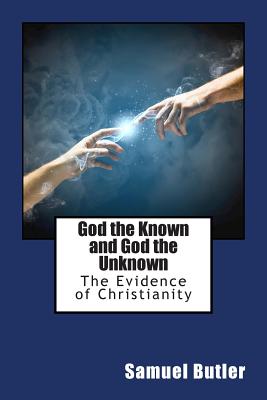 By Samuel Butler
$5.95
Email or call for price.

Samuel Butler was an iconoclastic Victorian author who published a variety of works, including the Utopian satire Erewhon and the posthumous novel The Way of All Flesh, his two best-known works, but also extending to examinations of Christian orthodoxy, substantive studies of evolutionary thought, studies of Italian art, and works of literary history and criticism. Butler also made prose translations of The Iliad and The Odyssey which remain in use to this day. His influence on literature came through The Way of All Flesh, which Butler completed in the 1880s but left unpublished in order to protect his family. And yet the novel, "begun in 1870 and not touched after 1885, was so modern when it was published in 1903, that it may be said to have started a new school," particularly in the use of psychoanalytical modes of thought in fiction. Whether in his satire and fiction, his studies on the evidences of Christianity, his works on evolutionary thought or in his miscellaneous other writings, however, a consistent theme runs through Butler's work, stemming largely from his personal struggle with the stifling of his own nature by his parents, which led him on to seek more general principles of growth, development and purpose: "What concerned him was to establish his nature, his aspirations and their fulfillment upon a philosophic basis, to identify them with the nature, the aspirations, the fulfillment of all humanity - and more than that - with the fulfillment of the universe . . . His struggle became generalized, symbolic, tremendous." The form that this search took was principally philosophic and - given the interests of the day - biological: "Satirist, novelist, artist and critic that he was, he was primarily a philosopher," and in particular a philosopher who sought the biological foundations for his work: "His biology was a bridge to a philosophy of life which sought a scientific basis for religion and endowed a naturalistically conceived universe with a soul." Indeed, "philosophical writer" was ultimately the self-description Butler himself chose as most fitting to his work. [From Wikipedia]