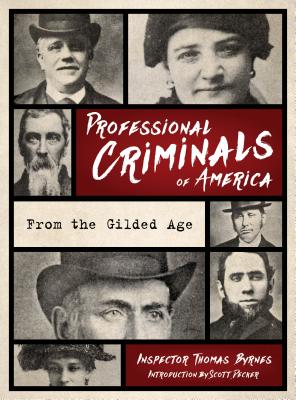 Inspector Thomas Byrnes (June 15, 1842 - May 7, 1910) was an Irish-born American police officer, who served as head of the New York City Police Department detective department from 1880 until 1895, who popularized the term rogues gallery. R. Scott Decker, Phd, retired from the FBI as a supervisory special agent at the end of 2011, after 22 years of service. He spent his early FBI career in pursuit of bank and armored car robbers throughout Boston. He then gained a promotion and joined the Bureau's fledging Hazardous Materials Response Unit in Quantico. On September 12, 2001, he led a team of FBI hazmat specialists to Ground Zero in New York City, and then joined the developing Amerithrax Task Force against the anthrax threat. In 2009, he and his team received the FBI Director's Award for Outstanding Scientific Advancement. In 2017, the Public Safety Writers Association's Annual Writing Competition awarded Recounting the Anthrax Attacks first-place in their non-fiction unpublished book category.