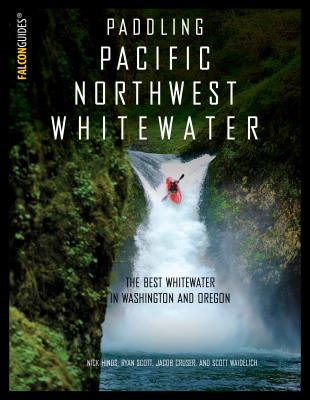 This book has over 90 contributing authors and photographers, a true community project that was quarterbacked by four compiling authors. Nick Hinds is a Class V kayaker with almost a decade of experience paddling in the Pacific Northwest. He began his career in advertising in 2003 as an intern for Paddler magazine in Steamboat, Colo. After being hired on fulltime for four years, he helped start PaddlingLife.net. Nick then moved to Canoe & Kayak magazine, where he worked as an advertising executive for three years and was eventually promoted to Advertising Director of Canoe & Kayak, SUP, and Kayak Fish magazines. He's written several articles for Canoe & Kayak, and now runs his own paddlesports advertising agency in Seattle. Ryan Scott has been exploring the Pacific Northwest with his kayak for nearly 20 years. Based in the Columbia River gorge, he has been documenting his travels creatively through writing and film. His contribution to Paddling Pacific Northwest Whitewater is a nearly complete collection of his favorite pieces of whitewater. Originally from East Tennessee, he made the move to Hood River, Oregon after high school and began to immerse himself in the world of whitewater paddling. Since then he has directed and shot numerous short films as well as a feature documentary, Habitat. His photography and writing has been printed in several whitewater magazines across the country. Now he lives in Boise, Idaho with his wife and kids exploring his new landscape. Jacob Cruser lives with his girlfriend, Priscilla, in Albany, Oregon where each works through the week looking forward to the next adventure the weekend may hold in store. And while he is just as happy to travel downriver via tube, raft, inflatable or hardshell kayak, Jacob treasures exploratory boating over all other forms, documenting his adventures at mthoodh2o.blogspot.com. A lifelong paddler and Washington native, Scott Waidelich has been paddling and documenting the rivers and creeks of the Pacific Northwest for over 25 years. Scott works as a Business consultant for Zillow in Seattle, and spends most his free time paragliding, paddling, and adventuring with his wife, Ellie Wheat.