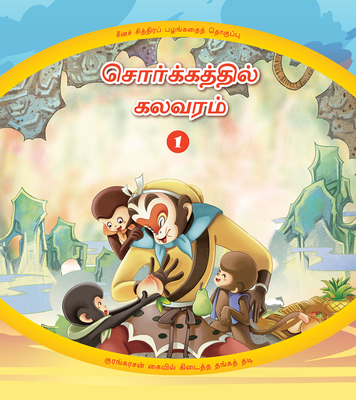 Sun Wukong becomes the Monkey King after being born out of a rock on the Huaguo Mountain. Amused by his fellow monkeys’ attempts at military drills, he decides to find a better weapon, as his sword is useless. The nearby Dragon Palace, which is full of treasures, seems like the perfect place. But Sun finds that the weapons there are too light. That is, until the proud Dragon King presents him with the cudgel that tamed the waters in ancient times. It weighs over six tons, so Sun shrinks it to fit into his ear. Unable to get it back, the Dragon King turns to Heaven for help. The gods try to tame Sun by giving him minor positions in Heaven – firstly as the head of the stables, and then the guardian of the garden. When this fails, they resort to force. The gods have never tried to tame such a free and rebellious soul before. They put too much faith in their army, which turns out to be a huge mistake!