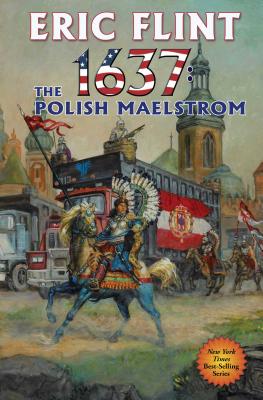 This is book number 26 in the Ring of Fire series.

NEW SOLO NOVEL BY ERIC FLINT IN THE BEST-SELLING RING OF FIRE SERIES!

A LONG AND BRUTAL STRUGGLE

The Ottoman Empire has captured Vienna and is now laying siege to the Austrian government-in-exile established in the city of Linz. Both the United States of Europe and the Kingdom of Bohemia have come to Austria’s assistance, but everyone knows that victory is far from assured.

Polish revolutionaries have seized power in the province of Galicia. Sent by the Bohemians, Morris Roth leads an army to aid the revolutionaries, but all is not as it seems. Roth has other plans. He intends to expand King Albrecht Wallenstein’s growing empire in eastern Europe. When Grantville General Mike Stearns sends the Hangman Regiment of his Third Division into the region, they find themselves at the center of a growing storm—one that threatens the continued existence of the United States of Europe.

Will it drag all the displaced Americans and their allies down with it?