In Our Hands: The Struggle for U.S. Child Care Policy (Families #8) (Paperback) 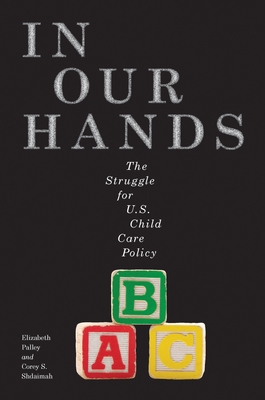 A call for better child care policies, exploring the reasons why there has been so little headway on a problem that touches so many families.

Working mothers are common in the United States. In over half of all two-parent families, both parents work, and women's paychecks on average make up 35 percent of their families' incomes. Most of these families yearn for available and affordable child care--but although most developed countries offer state-funded child care, it remains scarce in the United States. And even in prosperous times, child care is rarely a priority for U.S. policy makers.

In In Our Hands: The Struggle for U.S. Child Care Policy, Elizabeth Palley and Corey S. Shdaimah explore the reasons behind the relative paucity of U.S. child care and child care support. They examine the history of child care advocacy and legislation in the United States, from the Child Care Development Act of the 1970s that was vetoed by Nixon through the Obama administration's Child Care Development Block Grant. The book includes data from interviews with 23 prominent child care and early education advocates and researchers who have spent their careers seeking expansion of child care policy and funding and an examination of the legislative debates around key child care bills of the last half-century. Palley and Shdaimah analyze the special interest and niche groups that have formed around existing policy, arguing that such groups limit the possibility for debate around U.S. child care policy.

Corey S. Shdaimah is Associate Professor at the University of Maryland, School of Social Work.