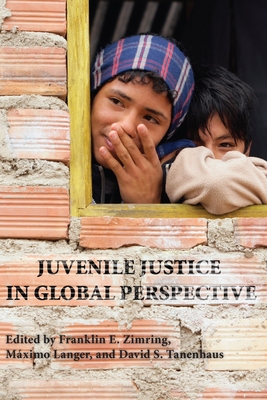 This is book number 1 in the Youth series.

An unprecedented comparison of juvenile justice systems across the globe, Juvenile Justice in Global Perspective brings together original contributions from some of the world's leading voices.

Distinguished criminology scholars Franklin Zimring, M ximo Langer, and David Tanenhaus, and the contributors cover countries from Western Europe to rising powers like China, India, and countries in Latin America. The book discusses important issues such as the relationship between political change and juvenile justice, the common labels used to unify juvenile systems in different regions and in different forms of government, the types of juvenile systems that exist and how they differ, and more. Furthermore, the book uses its data on criminal versus juvenile justice in a wide variety of nations to create a new explanation of why separate juvenile and criminal courts are felt to be necessary.

Franklin E. Zimring is William G. Simon Professor of Law at the University of California, Berkeley Law School. He is the author of several books, including The City That Became Safe: New York's Lessons for Urban Crime and Its Control and American Juvenile Justice.