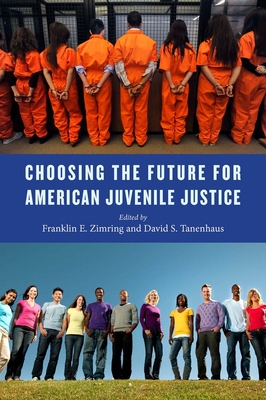 This is book number 5 in the Youth series.

This is a hopeful but complicated era for those with ambitions to reform the juvenile courts and youth-serving public institutions in the United States. As advocates plea for major reforms, many fear the public backlash in making dramatic changes. Choosing the Future for American Juvenile Justice provides a look at the recent trends in juvenile justice as well as suggestions for reforms and policy changes in the future. Should youth be treated as adults when they break the law? How can youth be deterred from crime? What factors should be considered in how youth are punished?What role should the police have in schools?

This essential volume, edited by two of the leading scholars on juvenile justice, and with contributors who are among the key experts on each issue, the volume focuses on the most pressing issues of the day: the impact of neuroscience on our understanding of brain development and subsequent sentencing, the relationship of schools and the police, the issue of the school-to-prison pipeline, the impact of immigration, the privacy of juvenile records, and the need for national policies--including registration requirements--for juvenile sex offenders. Choosing the Future for American Juvenile Justice is not only a timely collection, based on the most current research, but also a forward-thinking volume that anticipates the needs for substantive and future changes in juvenile justice.

Franklin E. Zimring is William G. Simon Professor of Law at the University of California, Berkeley Law School. He is the author of several books, including The City That Became Safe: New York's Lessons for Urban Crime and Its Control and American Juvenile Justice.